Despite devastating and deadly earthquakes in 2018, Lombok is back in business, with tourism as a major contributor to recovery efforts. The island was badly damaged last year, with catastrophic effects not only where most of the damage was (near the epicenters in the north), but also to the tourism and hospitality industries all across the entire island. It was in 2017 when President Jokowi announced that Lombok was one of his selected “New Bali” destinations. He saw these locations as having potential for being the next tourism hot-spots for Indonesia and Southeast Asia, bringing billions of dollars in foreign revenue from international tourists. The agenda was very ambitious at the time, to increase international arrivals to Indonesia to more than 20 million in 2019. In order to reach these numbers, Jokowi and his Tourism Ministry dedicated funding to these locations for much-needed improvements to infrastructure and accessibility. For Lombok, these funds have greatly aided recovery efforts, and the island is set for the spotlight, as the “next big thing.” Lombok will be coming out of the shadows of its neighbour Bali, to create its own name as a beautiful island paradise. The lands of Lombok are currently an unlimited market of opportunity. Real estate hunters are finding land values at a fraction of those in Bali. And the most coveted location is near Kuta Beach, such as the 200+ lots of the Kuta Heights Development (KHD).

Jokowi and his tourism officials see Kuta Beach to potentially become a New Nusa Dua, following the course of the Bali region that is known for conferences, exhibitions and five-star resorts. The government has pledged more than US $65 million to see South Lombok’s MICE (Meetings, Incentives, Conventions and Exhibitions) market grow, and to allow and accommodate large-scale events, worldwide corporate meetings and exhibitions.

The first major endeavor for this is the Mandalika Resort Project, a 1,175 hectare multi-use plot of land along the edges of South Lombok at Kuta Beach and extending north. The total project is US$ 3billion, and will contain 350,000 m2 of commercial space, and eco-park designed for green efforts and conservation, a theme park and a water park. There will also be over 12,000 hotel rooms spread across venues of Club Med, Paramount Hotels, Pullman and a Grand Mercure. The Mandalika is being spearheaded for development by the Indonesia Tourism Development Corporation (ITDC), which is a state-owned company that successfully built The 350-hectare Nusa Dua, a multi-use estate in Bali’s southeast region. With the Mandalika, this is the largest and most highly-anticipated development to come to Lombok, and if it is successful the real estate values near the project will increase on a strong upward trend.

The other major happening for the region that is expected to boost tourism is the MotoGP race in 2021, the first racing event for Indonesia to host since 1996 and 1997. The race is viewed by over 400 million fans worldwide, giving Lombok a global stage and marketing exposure. that it has never before experienced. The 4.32-kilometer racetrack will be a street circuit, and it will wind through the landscapes and mountains and along the Kuta Beach area, to showcase the island’s stunning natural beauty. The ITDC partnered with Vinci Construction Grand Projects (France) for the building of the track, signing a US$ 1-billion deal for a 15-year development. The deal includes not only the race track, but also the infrastructure around it for the foundation and underground utilities system, the surrounding roads and highways, a hotel and a hospital along the course too. The 2021 race is expected to draw over 150,000 spectators. Aside from the MotoGP, the circuit is expected to host other annual world-class racing events, In its first year, it is expected to host at least two races, and starting in 2023, the goal is to potentially host eight races per year.

More developments for the South Lombok are focussed on the island’s natural resource and conservation throughout Indonesia. Lombok is part of “The Green Future” for Indonesia, promoting initiatives that incorporate eco-friendly features and technologies. Currently, there are projects such as solar energy farms and Sea Water Reverse Osmosis (SWRO) plants for clean water in the Kuta region. For projects like Mandalika and other new developments, there must be 51% dedicated ‘green space’ to preserve the natural beauty of the land and waste valuable resources. Further infrastructure improvements will be plans for public transportation, with an electric light rail train and cable cars.

Tourism officials know that hosting such large events will also require ease and accessibility to the region, especially through the Lombok Airport. That is why in 2018 the state airport operator PT Angkasa Pura I (AP I) was given US $14 million to be used for upgrades for terminal infrastructure and expansions, and building of the Taxi-Way and Drop Zone. AirAsia also announced a new hub in the Lombok airport, with daily direct flights from Kuala Lumpur and Perth, adding to the already daily international flights from Singapore on SilkAir. Lombok is also just a short connection from Bali and Jakarta, where there are daily direct flights from destinations such as London, Dubai, Hong Kong, and Amsterdam. The airport will be easily accessible on the desirable south and west part of the island, a major benefit for the commercial and real estate investments surrounding the Mandalika Resort Project.

The South Lombok region will be the prime location for real estate in Lombok. Kuta Heights Development (KHD) has over 200 lots of land on 27 hectars that are ready to be sold, leased and built upon for private homes or villas. The location is only 20 minutes from the airport, just off the bypass. Only 5 minutes from Kuta Beach, on lush green hillside is also the ideal setting for wellness and holistic retreats. There is peace and tranquility, overlooking the beautiful beaches and the Kuta Bay. there are green areas, with coconut and cashew trees, and there are unmarred views of sunrise and sunsets. KHD is a private, secure community, and the lot sizes range from 300 m2 to 10,000 m2, and land prices start at US $37 m2. The time to invest will never be better, with all of the major developments only just beginning. Contact the team at KHD for a brochure or any questions. 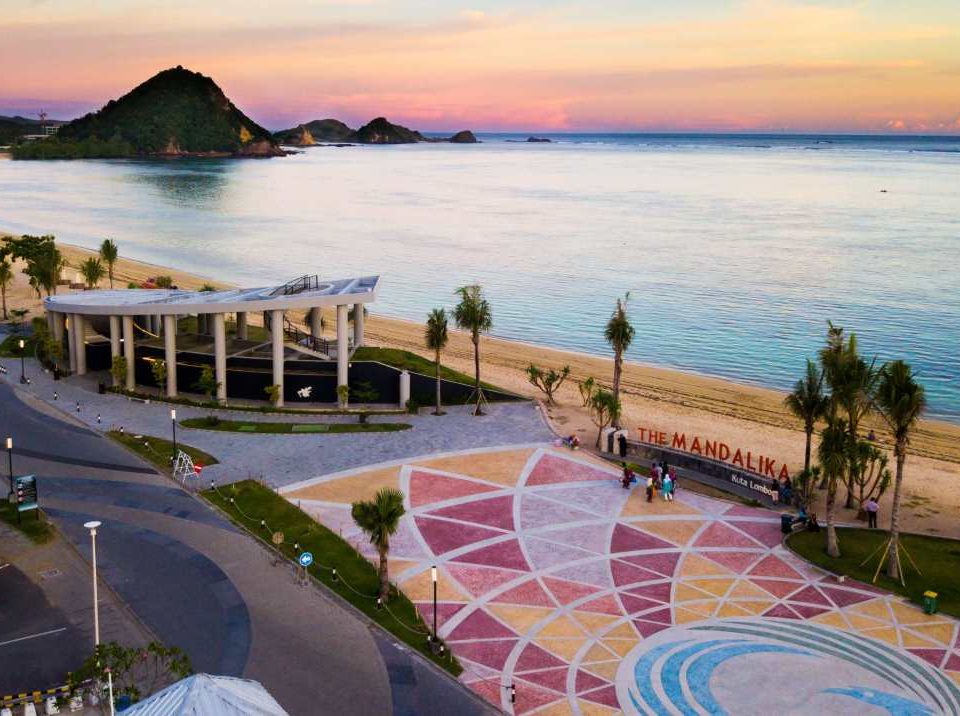 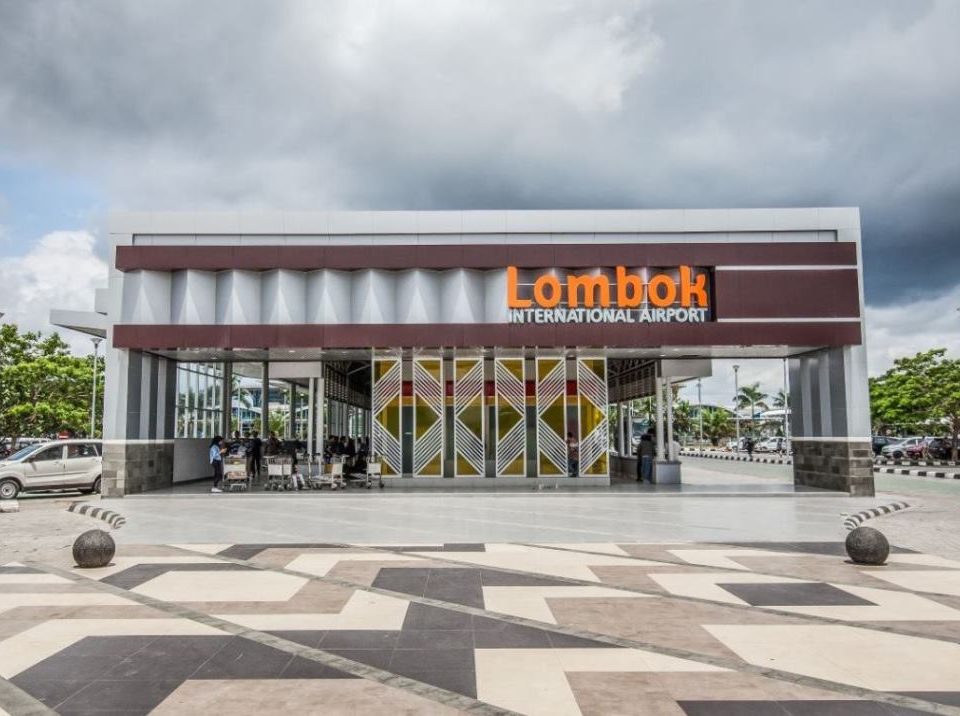 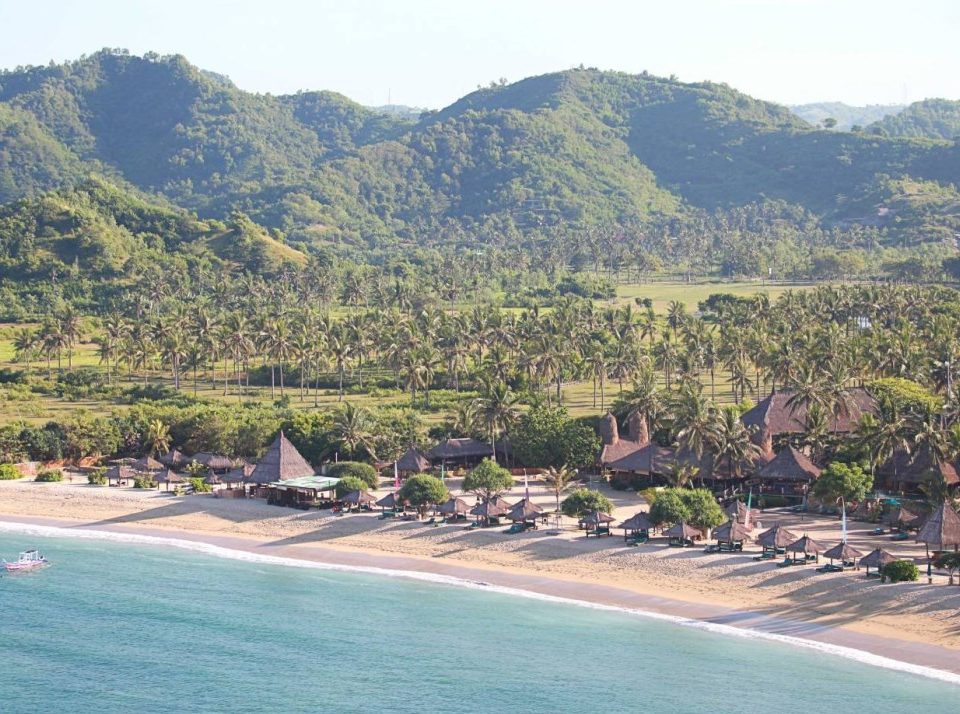